Your soul: where is it headed?

The whole idea of an afterlife has been questioned for years. For almost the entire time the world’s been turning. Some people believe that once you’re dead, you’re dead: blacked-out, shut down, done for. Other’s believe that the deceased’s spirit watches the earth and protects their loved ones, but that’s it. That’s as far as they get. I think I can safely say, that as Christians, we also believe that our loved ones are still with us after they’ve passed. They’re with Jesus and the angles, so it makes sense. Just as Jesus and the angles watch over us, in the same sort of way, our loved ones watch over us.

Which afterlife are we headed to?

We, Christians, believe in an afterlife. But some of us question where we’re headed after our death. I’ve talked to people who joyfully discuss their death. They talk about it as though they can’t wait to live with Jesus. And then I’ve talked to people who speak of death with fear and sadness. The fear of not knowing where they’ll end up instantly depresses them. It’s hard to convince them that they do not have to fear death. They were raised, believing that salvation is never certain, and that’s the belief they’ve decided to stick with. But why?

A lot of people believe that if they do enough good in the world, then God will accept them and He’ll let them into heaven. They think that they won’t know where they’re going, Heaven or Hell, until they enter eternal life. Because of this, their own death is their biggest fear. They’re afraid that no matter how many good deeds they do God won’t be satisfied.

Obviously, these people believe that God exist. They believe that judgement day will come. But they haven’t realized the trueness of God’s love.

I’m not saying that doing good isn’t needed—James says faith without works is dead (James 2:17). But he also says works without faith is dead.

But what is faith? The people that I just mentioned, do they have faith? Webster’s dictionary explains faith as having complete trust. James says that without [good] works faith is dead. So, if faith is only another word for trust then James’s sentence doesn’t make sense. How can trust be dead? I suppose it could be in a way, but it feels like James is talking about more than trust. Faith is mentioned multiple times in the Bible and in the sum of it, it feels that faith means more than trust. So, what is Biblical faith?

Faith is believing that Jesus Christ died for you and rose from the dead on the third day. Believing everything He’s told us. Believing that he is the Father, the Son and the Holy Ghost. So, if we are to have faith, then we are to believe what He told us.

And he said that “whoever hears my word and believes Him who sent me has eternal life. He does not come into judgment, but has passed from death to life.” (John 5:24) The famous verse in John, chapter three verse fifteen, says, “For God so loved the world, that He gave His only Son, that whoever believes in Him should not perish but have eternal life.”

The criminal, who hung on the cross beside Jesus, said, “Jesus, remember me when you come into your Kingdom.” Jesus replied, “I assure you, today you will be with me in paradise.” (Luke 23:42-43) This criminal did not have time to do any good deeds, yet Jesus said he would be in heaven with Him that day. The only thing that criminal did was believe Jesus was the Son of God. And Jesus said he would be with Him in Heaven. Jesus did not say we’ll see when we get there, he said you will be.

So why do followers of Jesus fear death? There is no need! Believe what Jesus told us, that He is the Son of God; know that he is your savior (if you’ve asked him to be), know that you are saved. Instead of being filled with fear, we can be filled with joy and peace, knowing that when we die, we can live with Jesus. Jesus clearly says that his followers will be with him in Heaven. So, live thriving to be like Him. Live knowing death is overthrown. We, followers of Jesus, our soul, will not die, instead we will live eternally with Jesus. 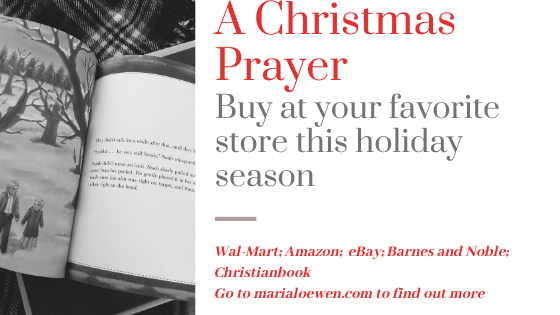